Nordson TAH 7362820 Series 480A Optimixer is a disposable plastic turbo bayonet static mixers that can be used with Smartlok Adapters, for attaching needle tips. The design is patent-pending. 7362820 has significantly improved mix quality in a length that’s about 20% shorter than comparable square mixers – the shortest in the marketplace. Optimixer nozzle 7362820 attaches to the largest volume, multi-ratio cartridges including EFD’s u-TAH® Universal, Side x Side, and 380mL Coaxial cartridges.

*These Optimixers come pre-assembled with a Smarlok (luer lock). There are two versions: 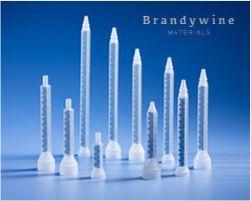