Nordson TAH Turbo Mixer™ 7701819 has a square geometry which provides superior mixing, allowing the operator to be closer to the application, and reducing the wasted material within the mixer. Nozzle 7701819 has a 7/8 - 9 Integral Nut. 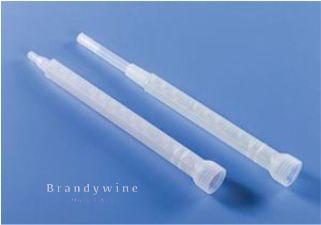