Nordson TAH Spiral Mixer Nozzle 7701749 has both the elements and housing made with polypropylene. 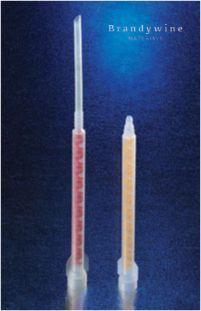